The project firstly focused on the process caring about an existing context, rather than applying a preconceived strategy. It is articulated in two times.

The residency starts as an inquiry into the yet existing walls to look after the multiple ways inhabitants of the factory reinvent the uses and the program of its rational architecture. This attentive survey takes the form of discussions, drawings and representations, but also leads to take part in these informal spaces, as collective rituals, as eating, exercising, praying, talking, smoking can be. The informal spaces are here another layer of the plan of the factory, and can be defined as multiple tactics, manifesting the appropriation of each inhabitant of the factory.

In a second part of the project, an intervention at the smallest scale infiltrates the uses in the factory to suggest an informal activity and support it. A table made out of tubular steel -as all the assembly lines- is foldable et rotates in order to enable big collective lunches in many configurations of spaces, and can easily be folded in one of the lockers.

The residency ends with a gathering in the factory, around the unfolded table which gathers food, books and drawings, and the plans drawn by the workers, as many layers of the perception of the factory. 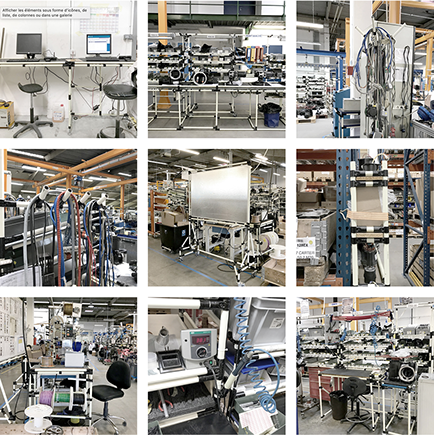 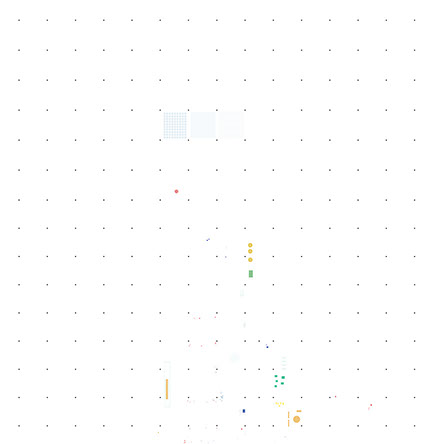 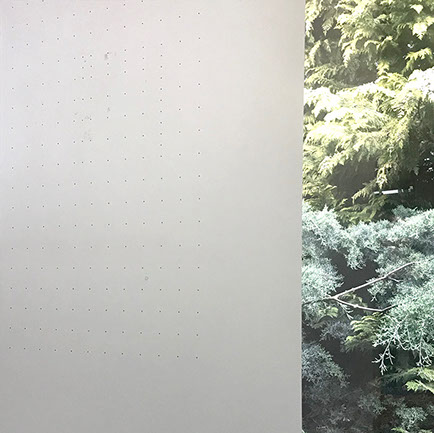 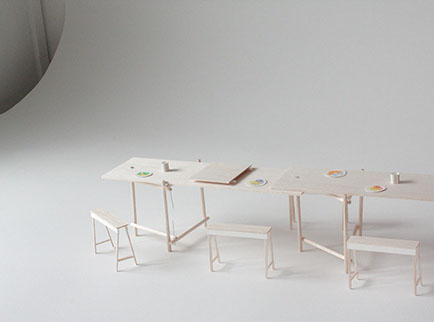 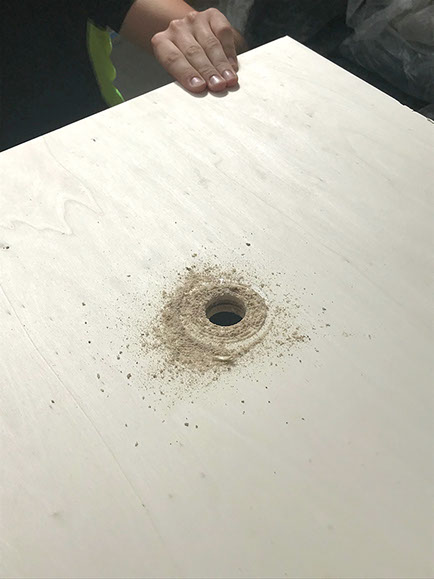 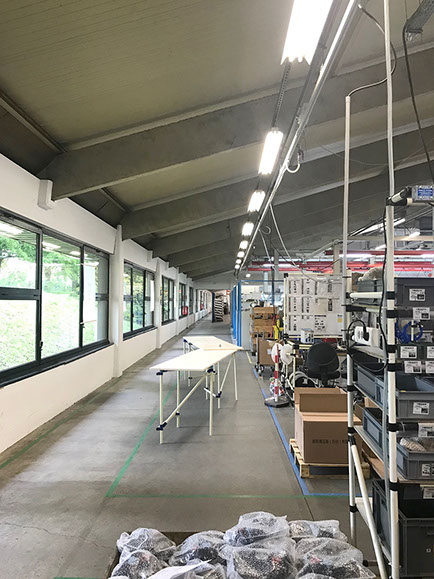 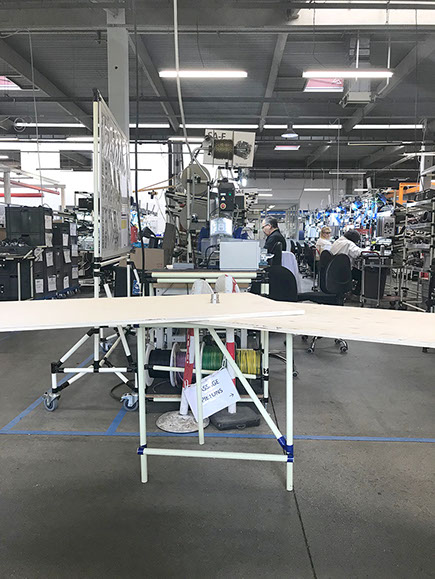